Fine Arts, second floor, in front of room 202B

“It is easier to imitate masculine art than to live out one’s authenticity as a woman. That becomes repression.”
- Claude Gauvin (1983)

Following studies at the École des Beaux-arts de Montréal from 1957 to 1961, Claude Gauvin led a nomadic life in several European countries and the United States before returning to Acadie. Upon her return, she taught painting and drawing in the Visual Arts Department at the Université de Moncton from 1978 to 2004. Her realistic painting style was not something explored in Acadie and echoed more the work being done by English-speaking artists. The strength of this determined artist was expressed in her works through their calmness, solitude, and intimate quality, and in her teaching through her rigour and critical thinking. 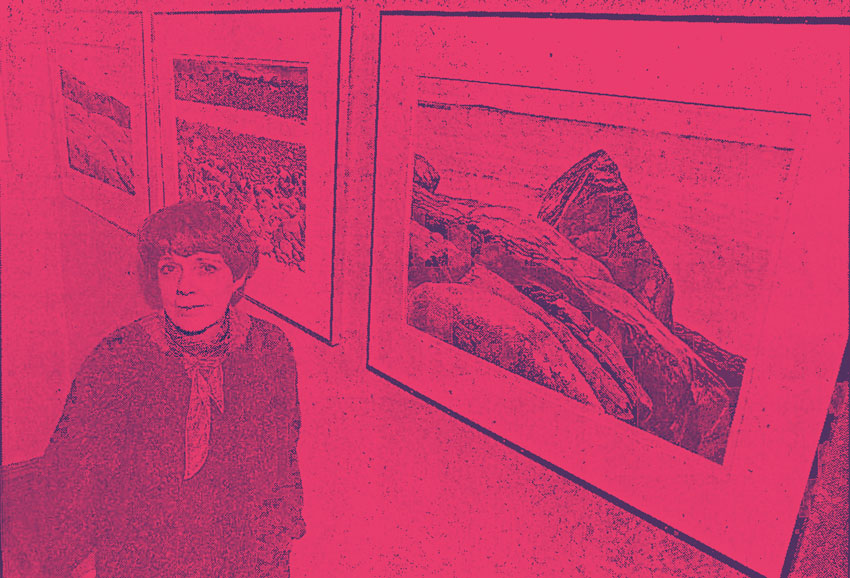 Claude Gauvin in front of some of her works (1989). Photo : GALRC archives

As an instructor she was devoted to her students’ learning and was motivated by their potential. She was also the first woman to chair the Visual Arts Department at the Université de Moncton, a position to which she was named in 1989. She was one of the first women to serve as a model for artists in Acadie and certainly had a decisive influence on many of them.

Marika Drolet-Ferguson's work is based on a series of photographs taken on Fogo Island, Newfoundland, in 2015. This series, previously unresolved in the artist's mind, resurfaces in the project Images rémanentes and now finds its meaning by internalizing the artistic approach of Claude Gauvin. In a cyclical manner, on the one hand because the two artists are of different generations and on the other because of the space that is created between the withdrawal and the return that are possible in a drawn-out temporality, Drolet-Ferguson’s series is moulded and rounded out by Gauvin’s work. This memory-work takes on meaning through continuity and through the reflection prompted by the introspection, intimacy, and tranquility present in each artist’s nature and their work. 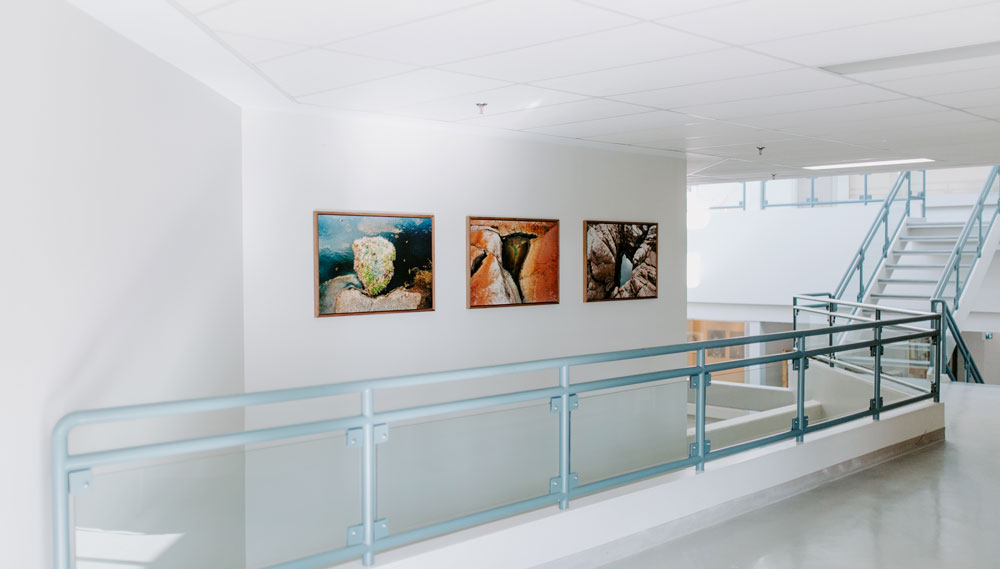 In the three images, the horizon has been left out to provide a new perception of the texture of the rocky formations, a new conception of our own reality. Drolet-Ferguson’s piece triggers an awareness of the passing on of knowledge, thereby referencing the many years during which Claude Gauvin taught. In this way the artist is assured to live on through her artistic legacy. 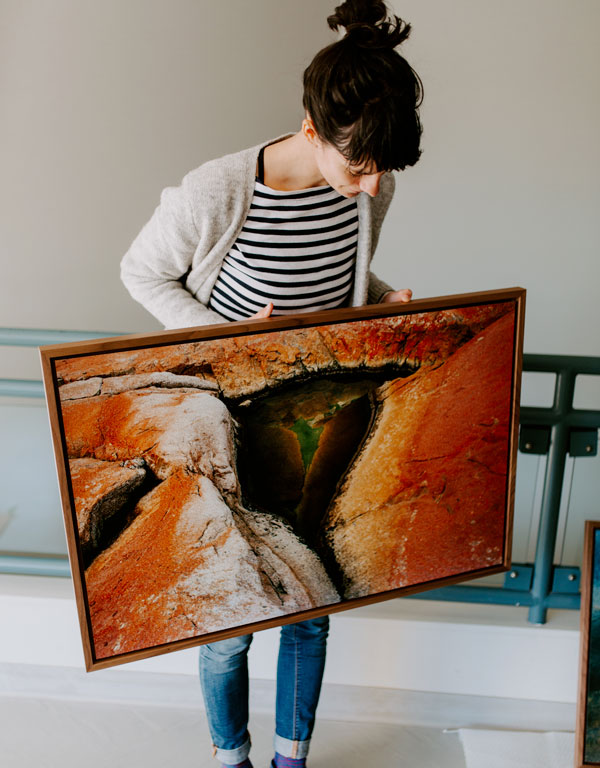 Perception and the questioning of reality are omnipresent in Gauvin’s work and carried over into Drolet-Ferguson’s project. Added to this is a critique of the objectification of both the female body and nature, which often generates compartmentalized interpretations. Thus, this objectification prevents the conception of the entire subject as a balanced whole. In this respect, the Fogo series attempts to re-establish a more sensitive vision of the landscape.

The artist would like to thank Lucille, Marie-Anne, Lima and Jacqueline for their contributions to the project.

Perception and the questioning of reality are omnipresent in Gauvin’s work and carried over into Drolet-Ferguson’s project.

Marika Drolet-Ferguson works primarily in photography and, alongside her artistic activities in the visual arts, maintains an architectural practice. She is interested in the relations between nature and the imagination, as well as the connection that exists between the quality of our environment and the extent of our creative thinking. For her, photography is an observational practice. It is through this medium that she explores how the landscapes around us also occupy us. The slowness of the silver gelatin photographic process gives her the freedom to discover what is hidden beneath the surface of things. By cultivating a sensitive and attentive gaze, her artistic enquiries seek to convey a feeling of belonging to the land and the experience of being connected to the elements.

Born in the Acadian Peninsula, Marika Drolet-Ferguson studied visual art at the Université de Moncton before completing studies in architecture at Université Laval and the University of Genoa in Italy. In 2017, as part of the project Lost Stories/Histoires perdues at Concordia University, she created a major work of public art in Tracadie, New Brunswick.